On Monday I received a surprising call from Master Camera : my order had arrived. Surprising, because I’m probably the first with a Leica SL2 to order after it went on sale. When the camera was presented last month, I didn’t have time at first. And because I had no idea about a new camera, I only looked at the Leica SL2 days after it was officially presented. However, I had to realize that I was immediately captivated by her. Nevertheless, I only spent the following weekend doing intensive research before I finally ordered it. And now I hold it in my hands.

I recently explained in detail why I said goodbye to the Leica M in digital form . That’s why for some – including me – owning a Leica SL2 comes as a surprise. In fact, what fascinates me about Leica is the consistent reduction in operation, without missing anything, just as much as the amazing quality of the optics. That’s why I didn’t even sell my most frequently used M optics.

So when I held the Leica SL2 in my hands, I immediately felt at home again. Add to that the loving technical mastery that gives you the feeling that the camera was not designed by a computer specialist, but by a photographer. The feel and use of a Leica is simply unmatched.

This becomes clear, for example, when changing the battery. The battery is not hidden behind the usual plastic flap. The change is initiated with a small lever on the floor and is still secured against uncontrolled falling out. This makes changing the battery fast and absolutely controllable, even in a rush.

Of course, the Leica SL2 is not a sports camera and I don’t want it to be – that’s why I have Sony. Although the Leica SL2 can record 20 frames per second, the continuous autofocus only works at up to 6 frames per second. For me, the Leica SL2 is a logical further development of the Leica M. The body is also only around 200g heavier. Of course larger than an M, but with a sensational viewfinder image, no more problems with the adjustment of the rangefinder and an excellent image stabilizer. Incidentally, the Leica SL2 is hardly larger than a Nikon Z or Sony A with comparable optics. I will admit, however, that the joystick is set a little far inwards, so that I can imagine that smaller hands than mine, could have a problem in use. Should someone try it…

Yesterday I finally had an hour to try out the Leica SL2 for the first time. The Hamburg Cathedral is ideal for testing the autofocus under less than ideal conditions. But first I let the image stabilizer convince me. I would say that the Leica SL2’s IBIS is one of the top performers on the camera market. I was able to keep an exposure time of one second with the 35mm optics used without any problems. I haven’t stabilized myself anywhere. I just stood there.

The autofocus of the Leica SL2 is limited to contrast autofocus. That makes it worse on paper than the combination of phase and contrast autofocus commonly used by other manufacturers. In yesterday’s test on the cathedral, however, I had absolutely no misses. The autofocus always hit the spot. Here is an example with many reflections.

The use of the so-called “person recognition” is somewhat confusing. Other camera manufacturers call this AF function “Eye AF” or eye autofocus. At Leica, it’s people recognition. Wildly wandering rectangles whirr across the viewfinder. It looks weird, but it works perfectly. The person standing in the green rectangle will be focused. And of course, if several people have been recognized, I can use the joystick to place the desired person in the green rectangle.

So for a first quick test with the Leica SL2 I am very satisfied. Mainly because the colors – very Leica-like – are correct right away. I have not edited the pictures on this page – provided they come from the Leica SL2 (so the cover picture is different). Only now and then a little straightened, slightly cropped and reduced for the web. The lighting conditions on the cathedral are not ideal. 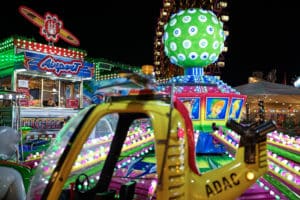 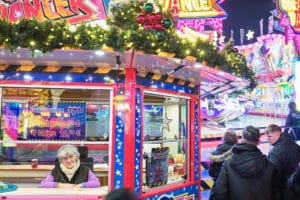 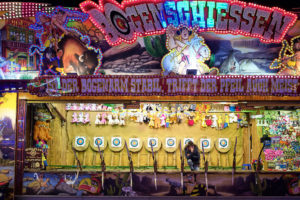 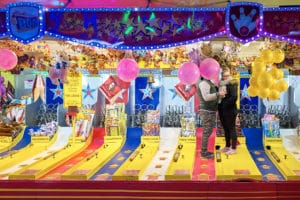 After all the praise, I noticed three negative things. The battery capacity is not the best. However, I also operated the viewfinder at 120Hz because I really wanted to assess the optimal performance of the EVF on the dome in the evening. And he’s really good. You can even set the camera so that you only see the image in the viewfinder – no additional information such as exposure time and aperture. It’s a bit unusual at first, but it’s incredibly great for concentrating on the subject.

The second negative is the number of characters for the exif data to enter my email address. It’s too short for my address. This is a pity. (Fun fact: someone wrote me a nice note the other day because he now has my old Leica M10 and now he has noticed that my name is always in the Exif data.)

And then there is the Leica Photos app. The connection works perfectly and is really easy. But the most important functions are not yet implemented. So I can’t have GPS data written to my Exif data and I can’t yet transfer pictures from the camera to the iPhone. EDIT on 12/6: I know better now. The GPS data is transmitted, but only in WLAN mode. In my opinion, this is only for emergencies. Because this means that I have a WiFi connection between the iPhone and the camera all the time. This is battery consuming and as soon as I get an email etc, the connection has to be reestablished. I read in the forum that Leica wants to switch the transmission of GPS data to the usual Bluetooth connection. I was finally able to see the pictures in the Photos app. All I had to do was use brand new SD cards and format them twice in the camera. The transfer of the DNG files then went smoothly, even if the file size takes some time in the transfer. Below each image is the button for Lightroom and opening it in the Adobe app works perfectly.

Nevertheless, the test period for the paid part of the app is limited to 7 days. (Yes, of course you can argue about the price of €54.99.) It would have been a nice gesture if buyers of the Leica SL2 could use the app free of charge in the first year, for example.

Finally, a trick for people who are followers of the back button focus method. Operate the Leica SL2 in manual focus, but place the auto focus on the joystick.

Of course, an hour on the cathedral is not enough to put the camera through its paces. That comes with the time. I deliberately chose this title. Conclusion: I will report. But the start has already been successful.